How is everyone doing? We hope you’re healthy and as happy as possible during this strange time.

We hope you find something to distract you in this list of new releases. If you’re able, please order from a local indie bookstore to help them stay afloat. 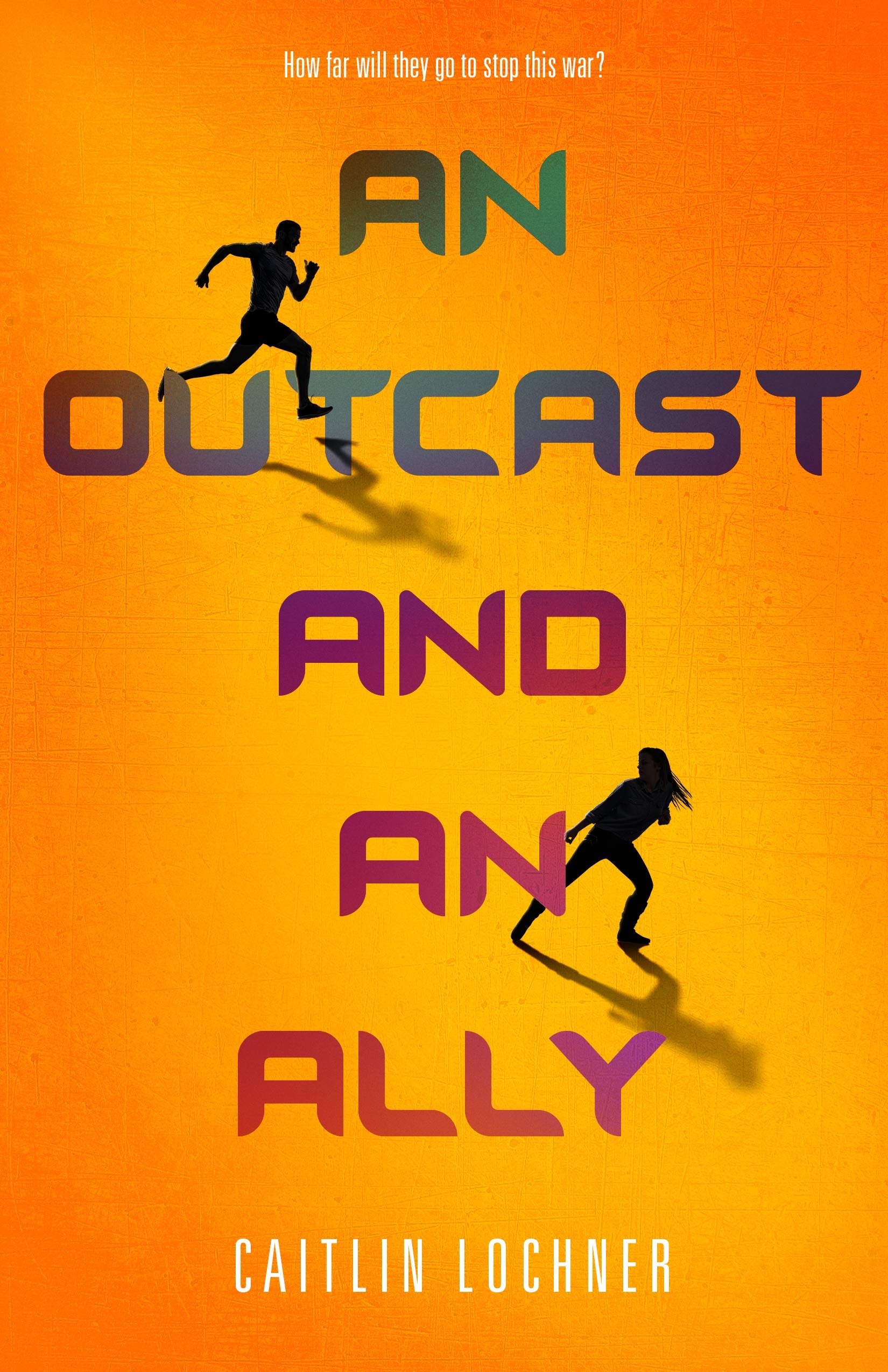 Lai, Jay, Al, and Erik are on the run after the military accuses them of being traitors. Tensions between everyone are high, but they have to stick together if they want to survive. And somehow stop the war that’s now in full swing.

But when Erik returns to the rebels to find answers about his past, Lai, Al, and Jay have no choice but to go to the Order―a peace coalition bent on stopping the rebels and dissolving the enmity between gifted and ungifted. However, the longer the war drags on, the more Lai’s long-kept secrets threaten to destroy everything she’s ever worked for. Sparks fly as the team constantly questions whether they can trust one another and everyone tries to navigate a war that will change everything. 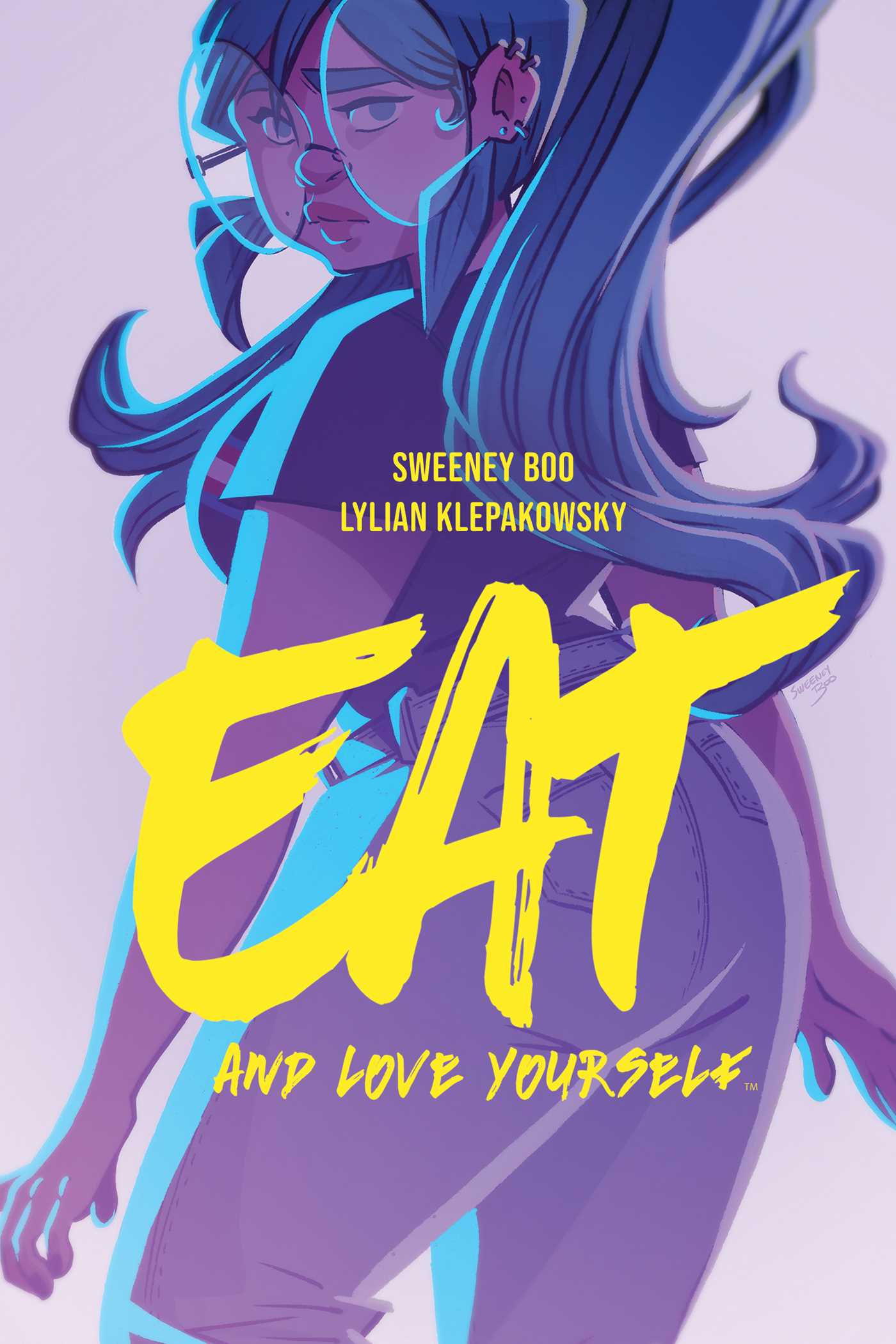 Eat, and Love Yourself
by Sweeney Boo
Paperback
Simon and Shuster
Released 4/21/2020

In pursuit of the perfect body, Mindy buys the low-fat diet products and the glossy magazines which promise the secret to losing weight. One night, while perusing the aisles of the neighborhood convenience store for a midnight snack, she finds a new product. A chocolate bar called “Eat and Love Yourself”. On a whim, Mindy buys the curious candy, not knowing that with every piece of chocolate she eats, she will be brought back to a specific moment of her past — helping her to look at herself honestly, learn to love her body the way it is, and accepting love. Perhaps, she will even realize that her long lost high school best friend, Elliot, was more than just a friend… 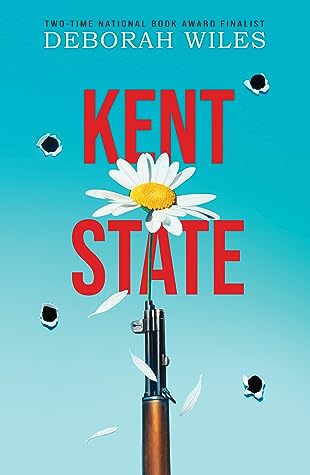 As protestors roil the campus, National Guardsmen are called in. In the chaos of what happens next, shots are fired and four students are killed. To this day, there is still argument of what happened and why.

Told in multiple voices from a number of vantage points — protestor, Guardsman, townie, student — Deborah Wiles’s Kent State gives a moving, terrifying, galvanizing picture of what happened that weekend in Ohio . . . an event that, even 50 years later, still resonates deeply.

She’s never crashed a party, never stayed out too late. She’s never even been kissed. And it’s not just because she’s gay. It’s because she and her two best friends, Maritza and JaKory, spend more time in her basement watching Netflix than engaging with the outside world.

So when Maritza and JaKory suggest crashing a party, Codi is highly skeptical. Those parties aren’t for kids like them. They’re for cool kids. Straight kids.

But then Codi stumbles upon one of those cool kids, Ricky, kissing another boy in the dark, and an unexpected friendship is formed. In return for never talking about that kiss, Ricky takes Codi under his wing and draws her into a wild summer filled with late nights, new experiences, and one really cute girl named Lydia. The only problem? Codi never tells Maritza or JaKory about any of it. 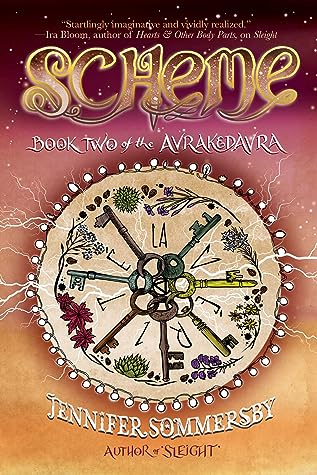 Genevieve may have left the circus behind in Oregon, but there is plenty of show still to come.

When she and Henry land in France, they are whisked away to Croix-Mare, the home of Henry’s grandfather, Nutesh, where they will prepare for a journey they never could’ve imagined. Now that they have all three AVRAKEDAVRA texts―Life, Death, and Memory―the books must be destroyed in the Undoing.

However, it’s not as simple as taking the books to their birthplace in Babylon and setting them alight. Genevieve and Henry must rely on unexpected allies as they embark on a harrowing global search to acquire pieces necessary to complete the Undoing. They’re offered cover and protection by La Vérité, the secret network of followers devoted to the message of the AVRAKEDAVRA, who, not surprisingly, are found under the big top―because no one does underground quite like the circus.

But loyalties among the magical community are fragile. Genevieve, still grieving the loss of her mother, now struggles to control the new AVRAKEDAVRA-bestowed gifts, and with mounting threats to her psyche and body, she clings mightily to the promise of a brighter future once this is over―if they can survive it. And Henry, broken by his father’s treachery but entranced by the heartwarming connection his family’s text has granted him, grapples with the fact that once they succeed in destroying the books, he’ll lose the only family he has left.

Together, our two young heirs will learn that when hope has abandoned us, the overwhelming love of friendship and family is all the magic we need. 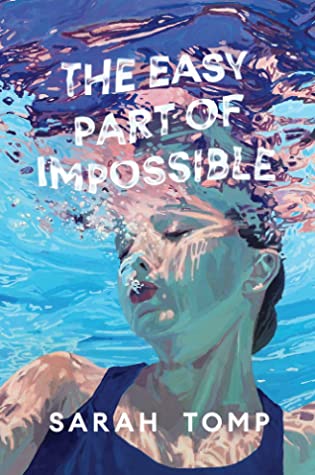 Ria Williams was an elite diver on track for the Olympics. As someone who struggled in school, largely due to her ADHD, diving was the one place Ria could shine.

But while her parents were focused on the trophies, no one noticed how Coach Benny’s strict rules and punishments controlled every aspect of Ria’s life. The harder he was on her, the sharper her focus. The bigger the bruise, the better the dive.

Until a freak accident at a meet changes everything. Just like that, Ria is handed back her life, free of Benny.

To fill her now empty and aimless days, Ria rekindles a friendship with Cotton, a guy she used to know back in elementary school. With Cotton, she’s able to open up about what Benny would do to her, and through Cotton’s eyes, Ria is able to see it for what it was: abuse.

Then Benny returns, offering Ria a second chance with a life-changing diving opportunity. But it’s not hers alone—Benny’s coaching comes with it. The thought of being back under his control seems impossible to bear, but so does walking away.

How do you separate the impossible from possible when the one thing you love is so tangled up in the thing you fear most?

1800, Joseon (Korea). Homesick and orphaned sixteen-year-old Seol is living out the ancient curse: “May you live in interesting times.” Indentured to the police bureau, she’s been tasked with assisting a well-respected young inspector with the investigation into the politically charged murder of a noblewoman.

As they delve deeper into the dead woman’s secrets, Seol forms an unlikely bond of friendship with the inspector. But her loyalty is tested when he becomes the prime suspect, and Seol may be the only one capable of discovering what truly happened on the night of the murder.

But in a land where silence and obedience are valued above all else, curiosity can be deadly.

Fitz Holton waits in fear for the day his single mother’s early-onset Alzheimer’s starts stealing her memory. He’s vowed to stay close to home to care for her in the years to come–never mind the ridiculous college tour she’s forcing him on to visit schools where he knows he’ll never go. Juniper Ramirez is counting down the days until she can leave home, a home crowded with five younger siblings and zero privacy. Against the wishes of her tight-knit family, Juniper plans her own college tour of the East Coast with one goal: get out.

When Fitz and Juniper cross paths on their first college tour in Boston, they’re at odds from the moment they meet– while Juniper’s dying to start a new life apart from her family, Fitz faces the sacrifices he must make for his. Their relationship sparks a deep connection–in each other’s eyes, they glimpse alternate possibilities regarding the first big decision of their adult lives.

Jubilee has it all together. She’s an elite cellist, and when she’s not working in her stepmom’s indie comic shop, she’s prepping for the biggest audition of her life.

Ridley is barely holding it together. His parents own the biggest comic-store chain in the country, and Ridley can’t stop disappointing them–that is, when they’re even paying attention.

They meet one fateful night at a comic convention prom, and the two can’t help falling for each other. Too bad their parents are at each other’s throats every chance they get, making a relationship between them nearly impossible . . . unless they manage to keep it a secret.

Then again, the feud between their families may be the least of their problems. As Ridley’s anxiety spirals, Jubilee tries to help but finds her focus torn between her fast-approaching audition and their intensifying relationship. What if love can’t conquer all? What if each of them needs more than the other can give?